Under the agreement, Marblegate will restructure outstanding medallion loans to a principal balance of $200,000. Most of those loans or $170,000 guaranteed will be guaranteed by the City. The new loans will pay a 5% interest rate for a 20-year term. This restructuring will cap debt service payments at $1,122 per month for eligible medallion owners, the City says.

The City will provide funding for a guarantee on the principal and interest for these loans and will work with all other medallion lenders to achieve the same terms.

“Owner-drivers have won real debt relief and can begin to get their lives back. Drivers will no longer be at risk of losing their homes, and no longer be held captive to a debt beyond their lifetime,” said NYTWA Executive Director Bhairavi Desai told the New York Post. The new debt terms will make driving a taxi profitable again 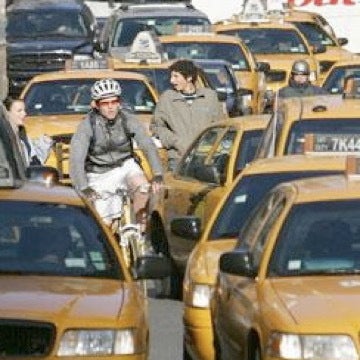 The debt crisis has emerged since the City started licensing tens of thousands of black cars affiliated with Uber and Lyft despite these vehicles not qualifying for such licenses. The Law Office of Daniel Ackman is counsel in a long-running lawsuit seeking damages for plaintiffs who purchased medallions at TLC promoted auctions just before the City and the TLC pulled the rug out from under the yellow taxi industry.