Ackman and the firm of Wolf Haldenstein are representing buyers of taxi medallions at auctions organized and promoted by the City of New York and the  City's Taxi and Limousine Commission. In  two separate lawsuits, the medallion buyers allege that the soon after selling the medallions the  systemically destroyed medallion values by licensing tens of thousands of so-called black cars, mostly affiliated with Uber, and allowing them to compete directly with medallion taxis.

Most recently, the New York Court of Appeals, the state's highest court, agreed to hear an appeal in one of the cases.

The cabdrivers purchased their medallions at the auctions, paying between $803,000 and $965,000 for independent medallions and between $1.025 million and $1.259 million for corporate medallions. These prices seemed like bargains at the time as medallions were then trading for much higher sums on the secondary market. All told, the City netted approximately $360 million from a series of three auctions of a total of 400 medallions. 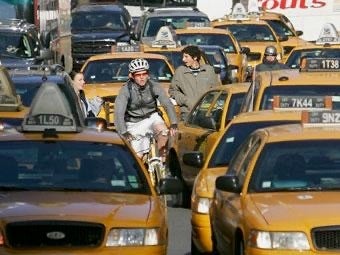 Medallions, which give their owners the right to operate yellow taxis and whose numbers are restricted by law, had always seemed like a safe bet. Before the auctions, the City encouraged that view, telling prospective buyers in a promotional pamphlet that yellow taxi medallions were a “better than the stock market.” At the time of the auctions, the City had licensed about 10,000 black cars, which traditionally served the large corporate clients.

But all that soon changed. After the auctions, the City started issuing tens thousands of additional  black car licenses to drivers affiliated with Uber and its ilk. These cars could be hailed by smartphones and competed essentially directly with yellow taxis, albeit without needing a medallion to do so. Today, there are more than 100,000 black cars licensed by the TLC— a ten-fold increase from early 2014.

The result, the lawsuit alleges, was a sharp drop in fares for medallion taxis and an even steeper plunge in medallion values. This decline occurred even before the Covid-19 pandemic caused additional distress for the taxi industry. As of February 2020, practically all medallion transfers were the result of foreclosures at prices as low as $110,000.